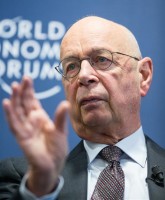 Davos (Switzerland) – January 15, 2016 (travelindex.com) – Over 40 heads of state and government, as well as 2,500 leaders from business and society will convene at the 46th World Economic Forum Annual Meeting, from 20 to 23 January in Davos-Klosters, Switzerland, under the theme, Mastering the Fourth Industrial Revolution. Critical current challenges, such as security, climate change and “new normal” global growth and commodity prices, are among the issues on the agenda.

“The Fourth Industrial Revolution refers to the fusion of technologies across the physical, digital and biological worlds which is creating entirely new capabilities and dramatic impacts on political, social and economic systems. The speed, scale and systemic nature of this transformation has the potential to disrupt all sectors and call into question the essence of human nature and identity. The purpose of our Meeting this year is to build a shared understanding of this change, which is essential if we are to shape our collective future in a way that reflects ultimately that the human being should be at the centre,” said Klaus Schwab, Founder and Executive Chairman of the World Economic Forum.

The full programme consists of over 300 sessions out of which over 100 sessions will be webcast live. Selected themes and participants include:

Fourth Industrial Revolution
The Fourth Industrial Revolution refers to the ongoing transformation of our society and economy, driven by advances in artificial intelligence, robotics, autonomous vehicles, 3-D printing, nanotechnology and other areas of science. The innovation at the intersections of these disciplines promises to change life in new and unforeseen ways and will affect every industry and society. Learning how humankind can benefit from this revolution, while addressing its challenges, is the central aim of this year’s Meeting.

Paris Agreement and the Global Commons
Success at the COP21 climate talks in Paris offers great hope that challenges facing other global commons can be tackled through new models of public-private cooperation as well as the application of breakthrough science and technology solutions.

Addressing Global Security Issues
The unfolding refugee crisis and recent terrorist acts around the world are reminders of how growth in competition among strong states, coupled with the failure of weak states, is eroding global security. How can societies prepare for a rapidly changing security landscape in which emerging technologies also play a key role?

Arts and Culture
The World Economic Forum’s 22nd Annual Crystal Awards will celebrate the achievements of leading artists who have shown exemplary commitment to improving the state of the world. This year’s awardees are: actress Yao Chen; actor and film producer Leonardo DiCaprio; artist Olafur Eliasson; and musician and entrepreneur will.i.am. More than 40 cultural leaders are participating in the Annual Meeting alongside other global leaders to contribute to shaping the cultural and global agendas. Cultural leaders include: Bono (musician); Peter Gabriel (musician); John Green (author and vlogger); Sharmeen Obaid-Chinoy (film-maker); Platon (photographer); Elif Shafak (author), Kevin Spacey (actor and theatre director); Lynette Wallworth (artist and film-maker); and many others.